Servant leadership: An Approach to Power 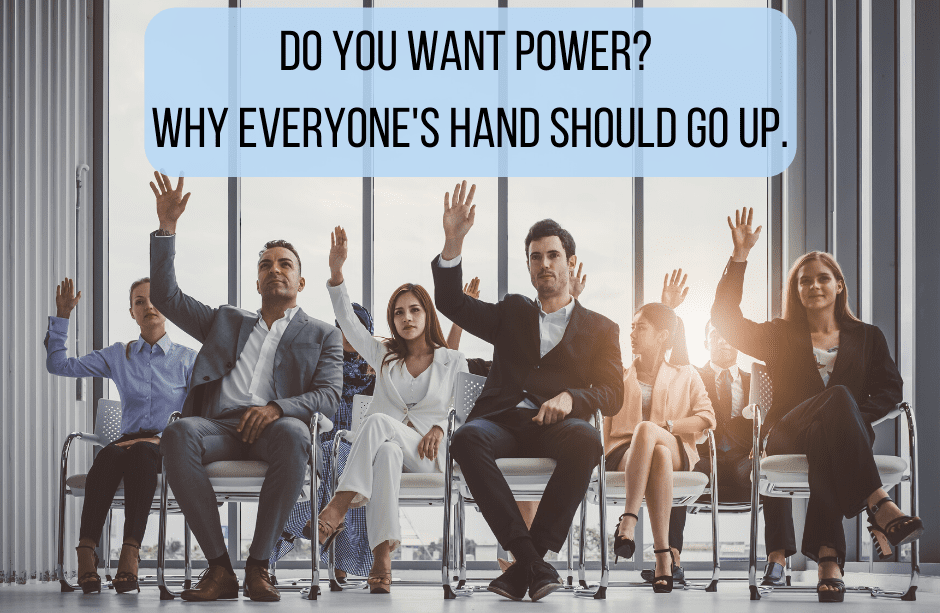 “Do you want power?”  No hands go up.  “Okay, who wants the ability to influence so that they can make a positive difference?”  Everyone’s hand goes up.   These are the two questions I have been asking graduate and undergraduate students and the typical responses I have received.  And I suppose I shouldn’t be too surprised about the response to power. Too many people have endured working for a power-hungry narcissist.  Or have been exposed to toxic people seeking and using power for all of the wrong reasons. Unfortunately, because of this power gets a bad rap.

But to be a high performer, to have the ability to influence to make a positive difference, people need power.  And therein lies the problem: people want the ability to influence, but say that they do not want the power required to do so.  Or at least that is what they think.  Many of us already have power, we just don’t recognize it as such.  And most likely that is because we have shied away from talking and learning about power because of its negative connotations.  Well, we need to start talking openly about power so that we can embrace it, become comfortable with it, and use it for making a positive difference.

Power in and of itself is neutral, and is necessary for influence.  It is why people want power and how they use power that makes it either good or bad. The research literature defines power as having the capacity to influence.  French and Raven, two social psychologists who conducted their research on social power, originally identified five bases of power: legitimate, reward, coercive, expert, and referent.  These five bases of power help people secure either positional or personal power. People with positional power, think titles here, have authority (legitimate power), and with that authority comes the control over sought after resources (reward power) and punishments (coercive power).  On the other hand, personal power is derived from skills and talents (expert power) and is based on the strength of relationships (referent power).

The first step in becoming a high performer is to understand the basics of power.  A good starting point is to recognize the different bases of positional and personal power.  Understanding these different bases of power allows people to be comfortable with them, and with this comfort comes the ability to use them effectively.  Not understanding the basics of power is problematic and limiting.  Here’s an example that happens too often.  A manager relies too heavily on positional power to get things done, doing so at the expense of professional relationships (referent base of power). And that manager only knows how to influence through positional power.  This leaves the manager unprepared for executive level positions, where personal power becomes a premium.  And, because the manager only relied on positional power to get things done, the team won’t go the extra mile for the manager because the relationship is weak.

The second step is a bit more challenging, which is to reframe how we think about wanting power, and how we use power.  Robert Greenleaf’s philosophy of servant leadership helps illuminate a path forward.  Servant leadership is an approach to power that recognizes the foundational importance of genuine relationships and refocuses people’s priorities on serving others.  Greenleaf highlighted this when he stated that “the great leader is seen as a servant first, and that simple fact is the key to [their] greatness.”  So perhaps if we think about power as a means to better help serve others, then we will not be so hesitant to pursue power.  And once we have power, we will stay true to our original intentions and use it to serve.

Greenleaf stated that we can assess the effectiveness of servant leaders by how they use their power.  He proposed using this simple test:“Do those served grow as persons? Do they, while being served, become healthier, wiser, freer, more autonomous, more likely themselves to become servants?”  Using servant leadership as a guide, we can begin thinking more constructively about power.  And if we do, more people will begin to raise their hands when asked if they want power.